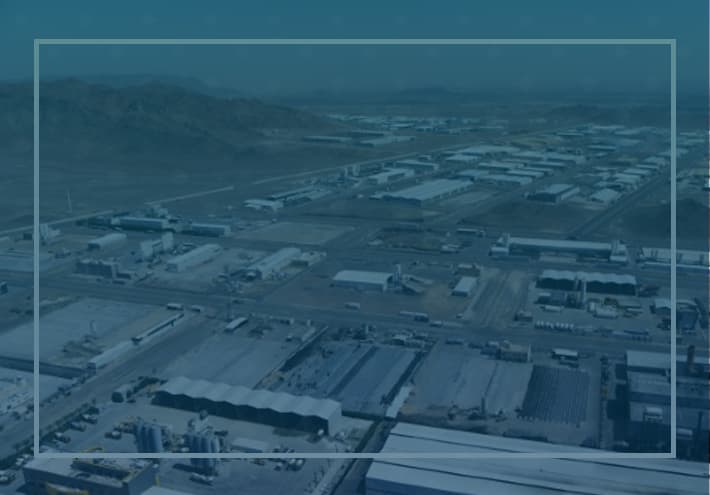 The industrial city of MADINAH

The location is southwest of MADINAH, next to the station for receiving pilgrims from the sea and land from the western side

The number of warehouse cities in MADINAH is 7

Warehouse City
(affiliated with the Chambers of Commerce)

It is 9 km from the Prophet's Mosque, and 13 km from the airport, with an area of 147 thousand square meters

It contains 9 berths, receiving goods and passengers, with a capacity of 3.71 million tons